Bastions are the parts of a fortress that project outward.

Bastions are the angular protrusions on fortresses pointing outward from the ring wall. The bastions have room for cannons, archers, arbalests or soldiers with guns.

A bastion has at least four sides, two faces and two flanks. The flanks make it easier to defend the ring wall against artillery fire. Positioned in a bastion an archer could more easily attack enemies storming the ring wall.

Bastions were built from around the 17th century onward. 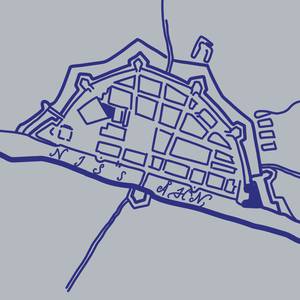 Tours that also include Bastion