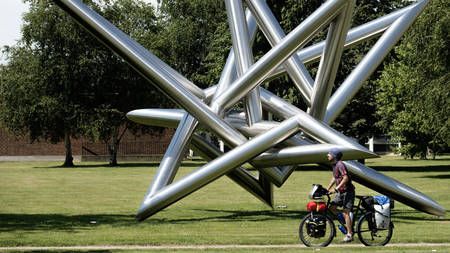 Vejle has a large number of historic monuments commemorating all sorts of events and people from wellknown local personalities to national war memorials and memorials for disasters.

This city walk gives you an opportunity to see some of the most fascinating monuments in Vejle. Amongst them are monuments from the Danish-Austrian-Prussian wars of 1848-50 and 1864. Vejle was occupied by Austrian and Prussian forces in both wars and one Austrian soldier is buried at a cemetery in Vejle as Vejle held a military hospital during the wars.

If you have a coach available we can also visit the war memorials and war graves of the Second World War 1939-45 at the Vejle Northern Cemetery, but it is too far away from the rest of the monuments to walk there. In case you have a particular interest in monuments from specific events or periods the tour will be accomodated to your wishes as far as possible.