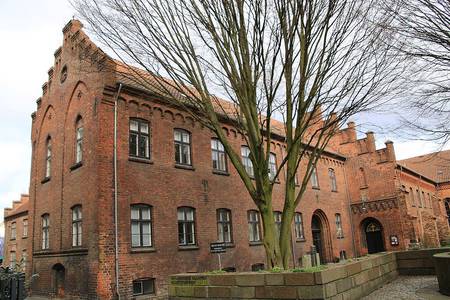 Challenge your idea of the size and surroundings of Odense in the Middle Ages on this guided walk along the former city boundary and be surprised at how small medieval Odense actually was. The city boundary consisted of big and small streams and swamps. In the renaissance Odense developed - but slowly.

On this guided walk your imagination will be challenged because there are only few visible traces of the Middle Ages such as a couple of churches and the former bishop's palace. From the renaissance period we have several more buildings.

My story will deal with the origin of Odense, its appearance and development in the course of the Middle Ages and the Renaissance. And of course I will point out these buildings and tell you about their stories.