The Stench of Cow Dung Mixed with Upper Middle Class 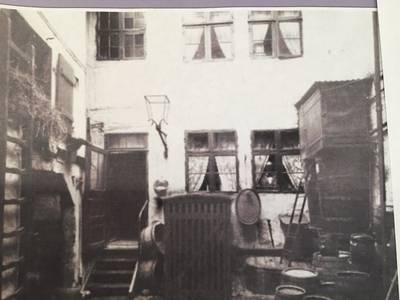 In Copenhagen the inhabitants kept cows in their flats even on the second floor.

The odeur was ghastly and sanitation was non excisting inside the ports; it was a big contrast to the higher middle class who moved out into Frederikstaden.

Join me on this city walk and hear and see where as well as a lot of other exciting things about Copenhagen in the 1800s. It seems like a long time ago that cows were kept in the city, but photos show that there were cows on the second floor in 1910.

It is only a few years ago the last "night trolley", the trolley which went around collecting night soil, drove around Copenhagen.

Join me on this city walk and listen to stories about the contrasts of the city that I love.