Book: Vejle - Eastern Part With the Harbour and Fjordenhus

Vejle - Eastern Part With the Harbour and Fjordenhus 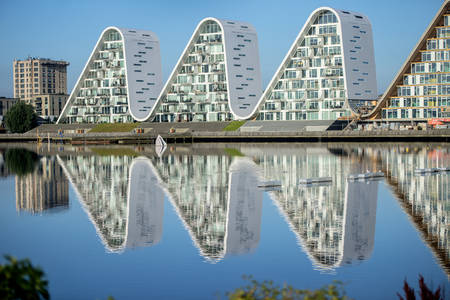 Book: Vejle - Eastern Part With the Harbour and Fjordenhus

Vejle's beautiful harbour front and a walk through 200 years of history.

We start by walking through Østerbo - part of the old labour area - towards Østre Kirkegård, the eastern cemetary. Here you will get aquainted with some of the prominent people who founded Vejle such as "Dandy", "Hess" and "Windfeld Hansen". The tour continues to the harbour front and along the way, we'll see a clear destinction between the old and new Vejle.

On the beautiful and very destinctive harbour front, amongst others we'll see architectural pearls like Bølgen, the Wave, Kirk Kapital's new domicile Fjordenhus designed by Olafur Eliason and the largest floating Kayak Club in Denmark.