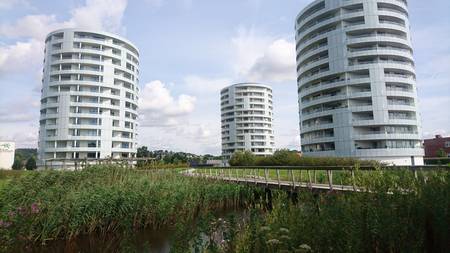 Vejle city council enacted an architectural policy as the first city council in Denmark. Come along on this city walk and experience the significance of this visionary policy.

Since 1997 Vejle's city council has had a clear attitude to the city's architecture, which has made a great impact on the buildings, the urban spaces and parks later built.

Experience the architecture and hear the stories about the city park, the music theatre, the art museum, the roundabout, the midpoint of Vejle and many more exciting new places such as the Wave and Fjordenhus. Naturally, I'll spice up the city walk by including the stories of the city's older buildings, which we pass on our walk through the city.

A city walk, which will be exciting for both new and old residents of Vejle and all with an interest in architecture and urban spaces.