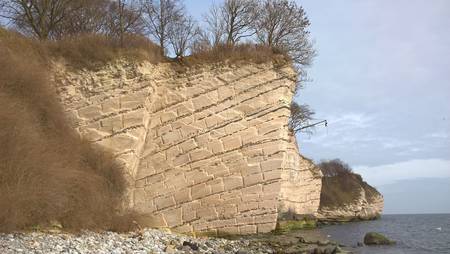 Book: Guided Walk by Stevns Klint, World Heritage Site
Stevns Klint which is a dramatic cliff is among only 10 places in Denmark that is on the World Heritage List. Why is this cliff a World Heritage Site and what makes it unique?
Well, it is actually the best place in the world where one can see proof of the natural disaster that wiped out Dinosaurs 65 million years ago. A small sedimentary layer in the cliff, called Fish Clay testifies this.
On this guided hike I'll show perhaps the best place to see this layer, which requires a little stroll on the pebbles on the beach north of Rødvig. I would like to talk about the formation of the cliff and the theories that have been made about the disaster a long time ago.
If we have time, we also visit the Boesdal limestone quarry close by, where you can see examples of the days when the quarry was in use.