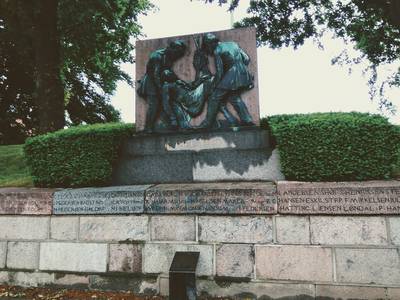 The fortified garrison town Fredericia was founded in 1650 to protect Jutland and save the islands Funen and Zealand from occupation. The king Frederik III had a vision of a fortified renaissance town. He did not quite succeed in carrying out his plans.

Nobody wanted to live in the marches. Three villages were destroyed and their inhabitants forced to move to Fredericia. But more had to be done: the king gave asylum to criminals, no taxes, freedom of religion to Jews and other religious groups elsewhere prosecuted. The new citizens practised their religions in five different churches, housed the soldiers, grew tobacco and brewed beer for the garrison. The fortification and its garrison is a storybook of fantastic tales.

Fredericia is living history thanks to its enthusiastic inhabitants who keep their traditions high and celebrate their only victory in war every year, dressed up and firing the canons.