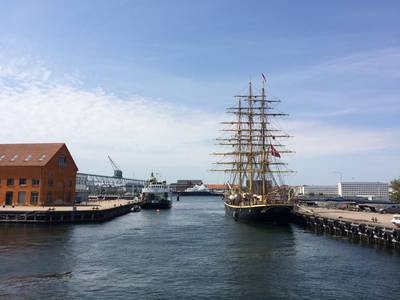 The Danish Navy were based at Holmen, where military ships were build and fitted from 1690 to modern times. Recently the last parts of the Marine have been moved to other places. The old buildings are transformed to house businesses, architects or simply into apartments.

The area is filled with stories from dramatic times, for example from the Battle of Copenhagen when the British stole the Danish fleet in 1807 and the German occupation during WW2 where the Danish Navy sunk their own ships.

It's possible to walk to Holmen from Ny Havn harbour across one of the new bridges. It's also possible to go by the harbour-boats.