Book: Live Music in Odense - Venues Behind the Scene

Live Music in Odense - Venues Behind the Scene 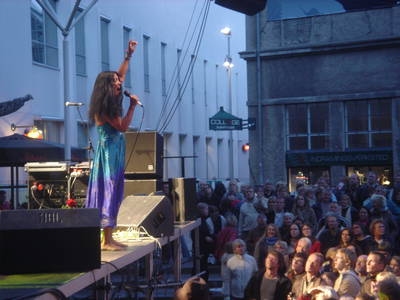 Book: Live Music in Odense - Venues Behind the Scene

A guided tour through Odense City and through the cultural life of Odense. I have for 30 years worked as a concert promoter for especially rock concerts and therefore we shall focus on the live scene and the venues of the city.

We start on the square in front of Brandts Klædefabrik, which has featured many outdoor concerts, and then move on to Magasinet nearby - a time-honoured and intimate venue.

After this we walk to the completely rebuilt jazz-venue Dexter, and further on to Posten, which is central in the musical life of Odense and which has changed profile and structure several times in its long history.

And right on the other side of the street, facing Posten, is Kongens Have, which has been venue for a number of big and successful concerts, among others Leonard Cohen, John Mayer and even Hansi Hinterseer