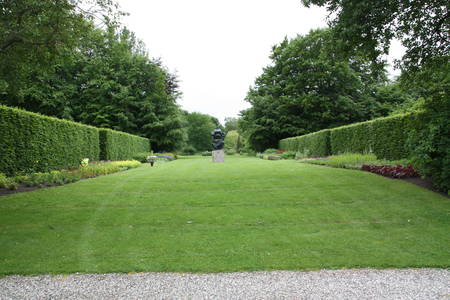 Book a guided tour of the palace gardens of her majesty Queen Margrethe's summer residence, which are open to the public, when the Royal family is not in residence.

The gardens were landscaped in English style while the palace was being built in 1902. A lot has happened since, and the gardens have been extended and modified several times.

Queen Alexandrine (1879-1952) contributed to designing the gardens, as botany and landscaping were her special interests. Her granddaughter, our queen Margrethe II, took over the palace in 1967 and has put her artistic touch to the gardens. For this reason the park today contains a large number of sculptures including some by HRH Prince Henrik, the prince consort.

Let me introduce you to the history, the garden and the residents of Marselisborg Palace over the years, and see the garden's many works of arts including some of the latest additions, like the sculpture "3 Lions And 9 Hearts", which was the 70th birthday present to HM the Queen by the city of Aarhus. I will also show you the Rose Garden, which holds a number of old Danish roses.