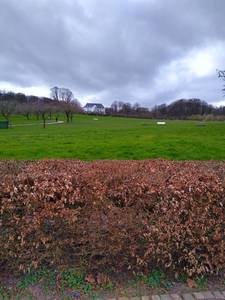 Guidet walk in the Memorial park commemorating Danes killed in the Great War 1914-18. The Memorial Park is situated next to the palace gardens by HM the Queen's summer residence, Marselisborg Palace.

Next to the Palace grounds is the Memorial Park and monument commemorating all Danes killed in the Great War 1914-18. Although Denmark stayed neutral in the First World War a large number of merchant sailors and some fishermen died at sea in addition to Danes who volunteered for the allied armies.

Provided you bring somebody strong to push your wheelchair there is access for the disabled on this guidet walk. Please be aware that the ground can be soft and wet in some areas.