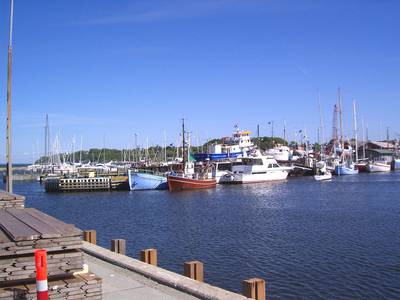 The Danish policy of cooperation with the Nazi regime prevented it from persecuting Jewish citizens. However, in 1943, Nazi terror was directed against Danish Jews.

In October the occupation forces attempted to capture and deport a population of around 7000 Danish Jews. A popular counteraction managed to save all of them except 500 souls, who were deported to the concentration camp at Theresienstadt, in the former Czechoslovakia. The flee to Sweden was predominantly carried out along the coast of northern Zealand. The town of Gilleleje served as a beacon of light in the dark. Almost a thousand Danish Jews embarked upon vessels from the beaches and the harbour - right in front of the Gestapo's noses, with help from private individuals and the Danish authorities.

This is a unique account of what happened. Explore Gilleleje, the town at the tip of Zealand during this 3-hour bus and walking tour from Copenhagen and back.