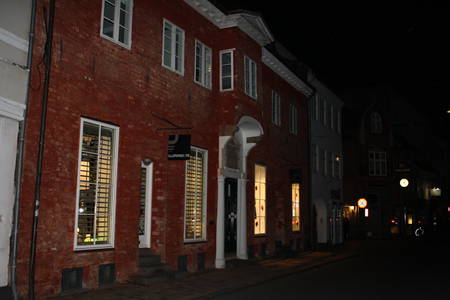 A restaurant is named after Oluf Bager. Alternatively you could start there with a talk about Oluf Bager while having lunch or dinner before we go for the city walk.