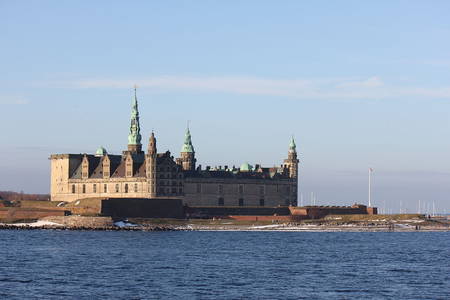 The story of Kronborg in Elsinore - the Castle of Shakespeare's Hamlet,  a special place in Danish history.

Northern Europe's largest Renaissance Castle stores some of the most amazing and disturbing stories.

Kronborg Castle was built to replace the old and outdated fortress Krogen, which had existed since Erik of Pomerania made Elsinore Denmark's second largest city in the 15th century. Kronborg is one of Northern Europe's most important Renaissance castles.

Kronborg holds a love story beyond all limits, as Frederik II build a whole wing for his beloved Sophie, so she could walk with dry shoes from her chamber to the church.

For centuries, the castle's location, next to the Entrance of Øresund, gave Danish kings the power to control the shipping in Øresund and to collect the much hated "Øresundstold" a special tax for sailing through Øreund.

Fire, wars and shipwrecks are also part of Kronborg's history and stories worth listening to.