Guided Tour Through New Odense - Culture, Music and Renewal of a City 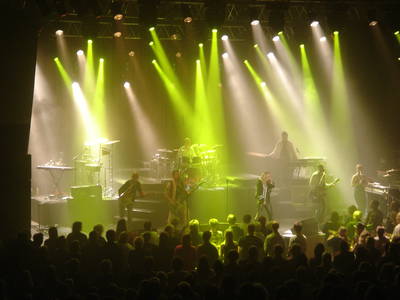 Odense Koncerthus is the home of Odense Symphony Orchestra and is, despite its 40 years still the centre of classical music in Odense

The neighbouring building Odeon is a completely different story: Odeon was opened in 2017 and is a modern music- and cultural house, built for big shows and concerts. We step into the lobby and get an impression of the architecture and possibilities of the house.

From Odeon there are only a few steps to the centre of the exciting new part of Odense, the area around and on the now closed road Thomas B. Thrigesgade. The road carved its way straight through central Odense and after it was closed some years ago, possibilities arose for a change of the city. New neighbourhoods, new urban areas and shopping arcades. The transformation has been long and hard but now Odense has almost reached its goal "New Odense".

There is so much to see and many questions to answer, so join the tour and learn about the big town that wanted to be a city!