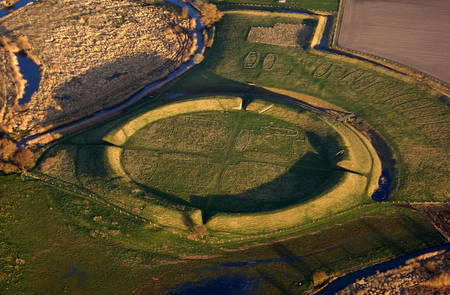 Hear about the creation of Denmark by king Harald Bluetooth and the importance of the Viking fortification Trelleborg near the town of Slagelse.

I will tell you about the Danish Viking age, the food of the Vikings, their stories and how they fought in battles.Were the Vikings really as fierce and terrifying as their reputation lead us to imagine.

I will also talk about the role that Trelleborg might have played in the creation of Denmark while I take you round what remains of the fortification.

You will also be able to see and hear the fantastic story of how Denmark's only Viking shield was found here.