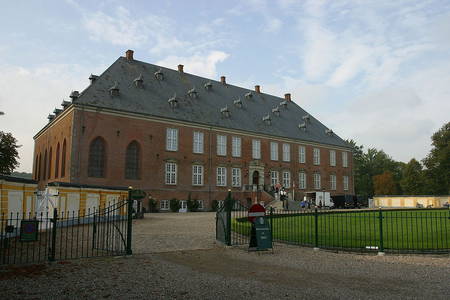 Hear the story about Valdemar Castle, told by a guide who loves the manor.

Valdemar Castle is really a manor house, in Danish though referred to as a castle. I will tell you the captivating story of King Christian IV who built the manor to his son, Prince Valdemar. However Prince Valdemar never settled in the castle. He spent most of his life with the army being general and he died quite young on a battle field in Poland.

Later on, the naval hero Niels Juels took over the responsibility for Valdemar Castle and modernised the manor.

Niels Juel's grandson was also named Niels Juel, and a huge part of the castle and surroundings as we know it today is his work.

Let me show you Valdemar Castle which I really love and hopefully you will also fall in love with this beautiful manor.