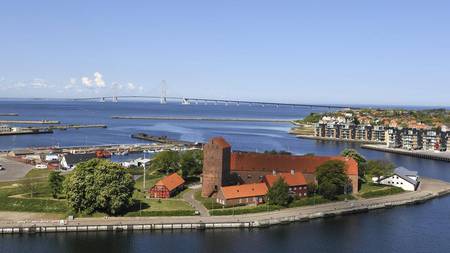 Guided walk in Korsør, the small fishing village that became an important city for the King and his men.

Korsør has a lot of stories to reveal. We'll walk around the charming city at the edge of Storebælt, visit the old Fortress, the modern Navy centre and several historical sites, including the worlds oldest cinema!

The tour can be extended to one of our beautifull white beaches where you can go for a swim in Storebælt, or to the bridge that connects Zealand with Funen. We could also visit one of the Vikings' largest forts; Trelleborg for an extended tour.

It takes about 20 minutes to drive to Trelleborg, and a guided tour there lasts about one hour.