Parks and Former Fortifications in the Heart of Copenhagen 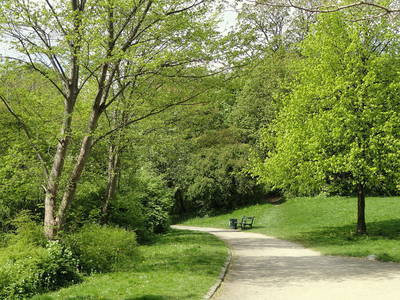 This walk starts and ends at the pier of Langelinie. We walk through some of the parks that used to be part of the ramparts that surrounded and protected the old city of Copenhagen. Today the remnants are very clearly visible on a map, and one is the Botanical Gardens with beautiful greenhouses, lakes and plants at many ground levels. Here, the most vicious fighting between Danes and Swedes took place, during the Assault on Copenhagen of 1659.

On the way back we cross Rosenborg Castle, the barracks of the Royal Guard and the King's Garden, a small but very popular park for recreational activities such as picnics and sunbathing. We walk through "Nyboder", the Armed Forces Historic Housing Complex with its charming yellow townhouses dedicated to people serving the navy or military forces. We finish with a walk around "Kastellet", - which still holds part of the military administration, and is one of the most well preserved examples of 17th-18th century fortifications in Europe. From the top of the ramparts we have a fine view over the busy harbour as well as the city, and we can enjoy the fine old red buildings.

If time allows - and the church is open - we will stop to take a look. Shortly after we are back at the cruise ships pier.