Andelsbevægelsen is the name of the association of cooperatives which arose in the latter part of the 19th century when the Danish agricultural production shifted from cultivation of grains to animal production.

The Thisted Worker's Association, Thisted Arbejderforening in Northern Jutland, was the first of these cooperative societies to be founded in 1866. The Andelsbevægelsen movement solved various economic issues and focused on accommodating the interests of all members as much as possible. In the beginning, the movement worked with many social issues besides dealing with economic interests.

Andelsbevægelsen is often associated with N.F.S. Grundtvig as many of its members were followers of Grundtvig's philosophy of cooperation in Danish society. 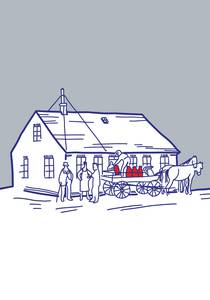 Tours that also include Andelsbevægelsen, a Danish cooperative movement