Absalon (1128-1201) was both Bishop of Roskilde and Archbishop of Lund. He is also known as the traditional founder of Copenhagen. A holy man, warrior and advisor to King Valdemar the Great, Absalon was one of the most colourful and powerful people in medieval Denmark.

Absalon was a member of the powerful Hvide family and he grew up in the company of kings, archbishops and nobles. After studying Theology at the University of Paris, Absalon became Bishop of Roskilde and helped Valdemar the Great defeat his rivals and ascend the throne.

Absalon later became Archbishop of Lund and helped lead a campaign against the pagan Wends of Pomerania. Their defeat led to the establishment of the Danish Baltic Sea Empire in the Middle Ages.

Absalon first built a castle at Copenhagen, then a small port called Havn, and laid the foundations for the future expansion of the city.

Absalon is commemorated in the works of the historian Saxo Grammaticus as well as in numerous street names, statues and a class of Danish navy boat. He is buried in Sorø church 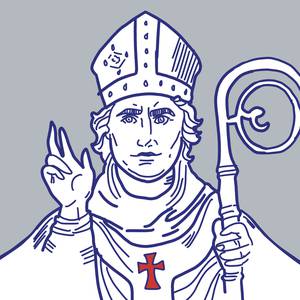 Tours that also include Absalon, Archbishop