The order of Saint Benedict is named after St. Benedict of Nurcia, who in 529 established the order of the monks in the monastery of Monte Cassino situated on a mountaintop near the Italian town of Cassino.

The Benedictine Order is the oldest of the monastic orders and they were also known as the "black monks" because of the colour of their habits.The most important tasks of the Benedictine monks were common prayer at certain times of the day and hard work. This is reflected in the motto of the Benedictine monks Ora et labora, which can be translated to "prayer and work". The monks had to obey the rules of St. Benedict, which were built upon celibacy, poverty and obedience. Furthermore they were not allowed to leave the monastery.

The missionary Ansgar (801-865) was a Benedictine monk and he introduced Christianity to Denmark along with the baptized king of Jutland, Harald Klak (765-852). During the Middle Ages there were 30 Benedictine monasteries in Denmark and the Order was one of the biggest land owners in the country.

After the Reformation in 1536 the monasteries of the Benedictine Order were confiscated by the Crown and most of them were destroyed. Among the best preserved today are those at Odense, Ringsted, Voer and Ørslev, which you can visit with our guides. 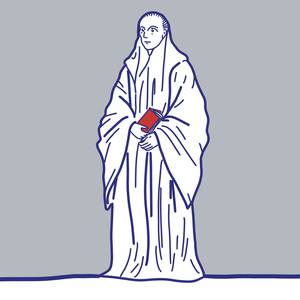 Tours that also include Benedictine monks