Niels Henrik David Bohr (1885-1962) is a Danish physicist. Bohr is a well-known and respected physicist because of his understandig of atomic structures and work on quantum mechanics. In 1922, Bohr received the Nobel Prize in physics.

The Bohr Model, a model of the atomic structure, was presented by Niels Bohr in 1913. The model showed how the negative electron surrounds the nucleus as a positively charged nucleus. The Bohr Model was later replaced by quantum mechanics.

Bohr became the leader of the Institute for Theoretical Physics at the University of Copenhagen in 1921. The institute was later named after him and is today known as The Niels Bohr Institute. The institute have attracted many of the biggest names in physics research, and therefore got the byname of The Copenhagen School.

Because of his Jewish heritage, Niels Bohr was forced to flee from Denmark during the Second World War. In 1943, he fleed to Sweden and later to Great Britain. From there he traveled to the United States, where he became part of a research project, which had the goal of developing nuclear weapons for the allies. His son, Aage Bohr, also participated in the project.

After the war, Niels Bohr focused on developing nuclear power for peaceful purposes. He also assisted in the development of the Risø Physics Department.

The element "Bohrium" was named after Bohr. He was also knighted in The Order of the Elephant.

Niels Bohr has been laid to rest at the Assistens Cemetery in Copenhagen. 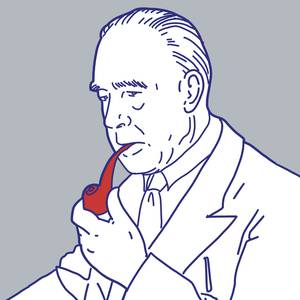 Tours that also include Bohr, Niels