Christopher was the grandson of Count Gerhard of Oldenburg and brother of King Christian 1. of Denmark. Christopher got a clerical training and was canon in Cologne, but due to financial problems, he also underwent military training in order to participate in the many wars in Germany.

As a cousin to both King Christian 2. and King Christian 3., he took a great interest in the situation in Denmark and the Nordic region. With the death of Frederik 1., Christopher involved himself in the civil war that broke out in 1534. He had been requested to lead the force that would reinstate Christian 2. on the throne.

At the beginning of the Civil War, he had great success. He conquered Zealand and Scania. Funen later joined him. Shortly afterwards however, Christopher had some problems with his allies and Lübeck reached out to Albrecht of Mecklenburg and offered him the title as king of Denmark.

Christopher went out of luck when Christian 3.'s commander Johan Rantzau repeatedly won over Skipper Clement in Northern Jutland and took him as prisoner. As a result, Christopher quickly lost his grip of the conquered parts of the country and fled to Copenhagen, which was besieged 1535-1536.

The city surrendered and Christopher returned to Oldenburg. For several years, he resumed his military career in multiple wars around the north of Germany.

During his final years, he lived in a monastery where he later died.

In Denmark, Christopher's involvement in the civil war is immortalized and remembered as the Count's Feud. 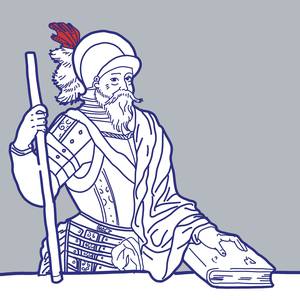 Tours that also include Christopher, Count of Oldenburg