A crossbow is a bow with a kind of "mechanical" mechanism that shoots off the arrow by pulling the trigger.

The oldest crossbows originated in China (5th century B.C.), but the Greeks and Romans also used them for hunting. The crossbow reached its height of popularity in the Middle Ages, but it was regarded as a dishonest weapon as even in the hands of a peasant it could kill a knight on horseback. The use of a crossbow against fellow Christians was even banned at the Second Lateran Council in 1139 by Pope Innocent II. This edict was generally ignored.

Originally, crossbows were made out of wood and bone but by the Middle Ages, iron was used to create a stronger weapon. Arrows from crossbows could easily penetrate plate armour and chain mail. After technology allowed for a greater use of gunpowder weapons in the 16th century, the crossbow was gradually replaced by rifles, guns and pistols. 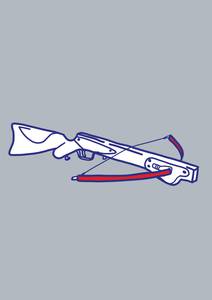 Tours that also include Crossbow