The Danish Resistance Movement occurred during the German occupation of Denmark 1940-1945 and consisted of a number of groups, who executed sabotage actions as well as executions of informants.

The Danish Resistance Movement was the civilian retaliation to the German occupation of Denmark. The resistance movement was consisted of multiple resistance groups, who were further divided into smaller action groups of 5-7 men.

Every member only knew of the members of their own little action group, who simply got orders from ”above”. This loose structure was a precaution, which ensured that if an action group was caught by Gestapo, they would not be able to misspeak and inform against others of the resistance group members.

The Churchill-group in Aalborg and the Hvidsten group in Randers were some of the first resistance groups in Denmark. The biggest were the Holger Danske group, who at the end of the war had 350 members, and BOPA, who had 150 members. Both were from the Copenhagen area.

Every single group had its own specialty. Some groups were occupied with production and distribution of illegal magazines, some were occupied with smuggling weapons, explosives and people, while others specialized in sabotage and execution of informants.

It was mainly Holger Danske and BOPA, who did the executions of Danish informants. The two resistance fighters Jørgen Haagen Schmith, also known as Citronen (the Lemon), and Bent Faurschou-Hviid, also known as Flammen (the Flame), have become famous for their commitment and executions during the occupation.

In Jutland, the executions were made by travelling execution groups, called the L-groups. 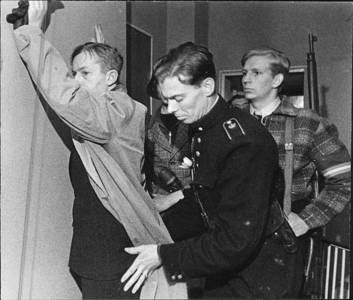 Tours that also include Danish Resistance Movement, The