The island of St. Thomas became a Danish colony in 1672. It was owned by The Danish West Indian Guinea Company at the request of King Frederik III. In 1718, St. Jan was conqured and in 1733 St. Croix was purchased from France.

The Danish Crown took over the islands in 1755.

The main products traded was sugar, coffee and tobacco - and later on rhum. The Danish West Indies was sold to the United States of America in 1917 for $25 mill in gold. 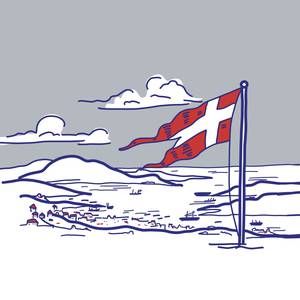 Tours that also include Danish Westindies, the