Electromagnetism is the study of electrical and magnetic fields and the coherence between them.

Electrical and magnetic phenomenons have been know to scientists of physics for quite some while. However, up until the work of H.C. Ørsted in 1820, scientists saw the two fields as independent and as two seperate forces.

H.C. Ørsted discovered the connection by a mere coincidence. Before an lecture, he noticed something strange happening to a compass needle. The needle deflected from the magnetic north depending if the battery he was using was switched on or off. This observation made him believe in a relationship between elctricity and magnetism. And so, the study of the two fields was unity and known as Electromagnetism. 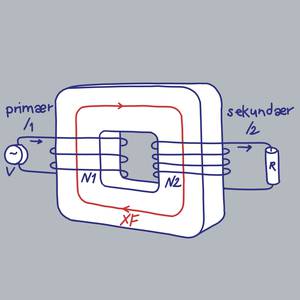 Tours that also include Electromagnetism