Gorm the Old was married to Thyra Danebod. When Thyra died, Gorm buried her in a huge burial mound and raised a runestone in her honour called the Jelling Stone (or the small Jelling Stone, since his son also raised on).

Gorm the Old is considered the first king of Denmark even though some historians speculate that he only ruled over Jutland.

He was buried in a burial mound in Jelling by his son Harald Bluetooth, who succeeded him as King of Denmark. 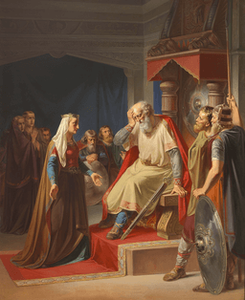 Tours that also include Gorm the Old, King