Frederik Louis Wilhelm Hellesen (1836-92) was a Danish inventor, who invented one of the first dry cell batteries in 1887.

As a child, Wilhelm Hellesen contracted pulmonary tuberculosis and spent most of his childhood and youth in spas across southern Europe. Barred from the opportunity of a formal education, his father made sure he would have a steady income by securing him a position as a butter merchant.

Hellesen had a particular interest in the workings of electronics, and he spent his free time as an amateur inventor, where he began experimenting with batteries. Leclanche’s invention, the cell, was at that time impractical because it was wet, heavy and became contaminated easily. Hellesens experiments strove to eliminate this impracticality by mixing the liquid inside the battery with a very light material that easily allowed signals to pass. The solution turned out to be wheat flour. The dry cell battery made it much easier to transport batteries because the wheat flour substituted a large part of the heavy, impractical liquid.

Hellesen left the butter business in 1887 to set up a dry cell factory. In 1889, he hired Valdemar Ludvigsen, an experienced salesman, to assist him. The batteries quickly became an international success, exporting to over 50 countries in the world. Soon, factories was set up in London, Berlin and Vienna.

Unfortunately, Hellesen died in 1892, only 5 years after his hard work was beginning to pay off. A/S Hellesen became a global firm and its batteries were used by a wide range of industries. The first car batteries were Hellesens. The factory was purchased by Duracell in 1986.

Wilhelm Hellesen is buried at Vestre Kirkegård in Copenhagen.

The German inventor Carl Gassner and the Japanese inventor Sakizou Yai are also credited as the first inventors of the dry cell battery. 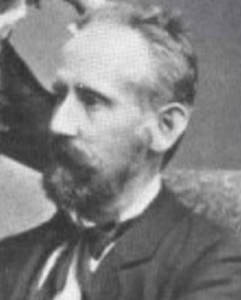 Tours that also include Hellesen, Wilhelm