Hirds, also known as housecarls, was a gathering of hirdmen, who functioned as the king's personal guards.

During the Viking age and the early Middle Ages, the housecarls were armed personnel, who functioned as a bodyguard for the king. With time, the king’s hird became a part of the king’s court. Therefore, the term housecarl could both refer to an armed guard or a young man, who served his king in other ways than as a guard.

The king, or respective lord, ws obligated to reward the housecarls loyalty with food, drinks and gifts. It was also expected that the housecarls should be granted som part of the war spoils and loot.

The housecarls went from being armed bodyguards to participating in the king's administration in the era following the Viking Age. Afterwards, the housecarls were known as lords. 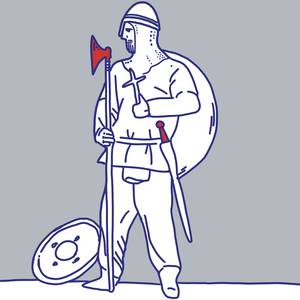 Tours that also include Housecarl (hird)