Poul la Cour (1846-1908) was a Danish physicist, inventor, teacher and had a very enthusiastic soul. He was given the nickname "the Danish Edison". Poul la Cour was a trailblazer in the development of local windmills, which could produce electricity.

In 1869, Poul la Cour wrote his prizewinning final thesis in the field of meteorology, which was a relatively new science at that time. When the Institute of Meteorology opened in 1872, he was hired in the position of Vice President.

La Cour spent so much time focusing on new inventions, among others the telegraph, that he neglected his duties at the Institute and almost bankrupted his family, as he used his own funds to pay for experiments for his inventions.

In 1878, he was offered a job as a teacher at the Askov Folk School. His wife, who had been a student at Askov, advised him to take the job. For la Cour, it was an ideal position as it allowed him to combine his knowledge, interest in communication, passion for inventing and his social engagement.

At Askov he taught rural electricians. Rural areas lacked skilled electricians, because the industrialisation was drawing far more people into the factories than were needed.

On the international scene Poul la Cour primarily became known for this groundbreaking experiments featuring windmill scale-models in small windtunnels. On the basis of these experiments, he wrote the book "The Test Mill", which for about twenty years was the definitive text on windmillls around the world. His ideal windmill was capable of producing three times the energy of the traditional countryside mills with the same wingspan.

In 1894, he was made a titular professor and later became the first chairman of the Electricity Commission. Poul la Cour received a knighthood in 1902.

In 1903, la Cour was one of the founders of the Danish Society for Windelectricity, which by use of magazines, consulting services and electricians trained at Askov, became the main force behind bringing electricity to the rural districts in Denmark.

After his death he was buried in the cemetary of the Askov Free Community Church, a congregation he was instrumental in establishing. 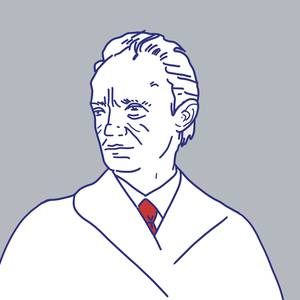