The nobility was originally a powerful and privileged social group. Privileges were inherited by the next generation and nobles were often assigned certain rights.

Throughout history, many European societies have had a class of nobles that enjoyed a higher social status than the general population.

The Danish nobility's most important task was to provide military assistance to the king. In exchange, the nobles obtained social, economic and political privileges.

As a reward for faithful service, the nobles were assigned land with full right of disposal of the assigned territory and its people.

When the Danish constitution was passed in 1849 the Danish nobility was stripped of its privileges, but the titles remained. The most common noble titles in Denmark are baron, landed baron, earl and landed earl.

The concept of noble titles was first introduced to Danish society in the 16th century. Danish former princess Alexandra was awarded the most recent noble title. In 2005 she was assigned the title Countess of Frederiksborg by Queen Margrethe II. 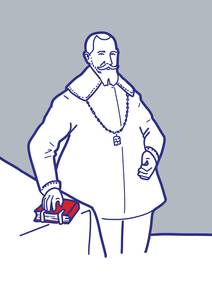 Tours that also include Nobility