Queen Dagmar was born in Meissen, a small state near Dresden. She was named Markéta, but was known by the people as Dragomira (precious and peaceful) on account of her beauty. Her father was King Ottokar I of Bohemia (1155-1230) and her mother was Adelheid (1160-1211) daughter of the Margrave of Meissen.

Markéta met Valdemar in 1205 and they were married shortly after in Lübeck. Thereafter, she was known as Dagmar, the Danish version of her Slavic popular name. Not much is known about her life from historical sources, but the Ryd Abbey Chronicle mentions that she successfully begged her husband to have mercy and release his arch enemy, Archbishop Valdemar (1158-1236), from custody in 1206. Dagmar died in childbirth in 1212 and is buried at the Royal Church of St Bendts in Ringsted. The Ryd Abbey Chronicle mentions her death and simply adds that because of her especially beautiful appearance she was called Dagmar.

Queen Dagmar had one surviving son known as Valdemar the Young (1209-1231). He was co-ruler of the Kingdom with his father from 1218 until his death in a hunting accident near Kalundborg. After Dagmar's death, Valdemar II remarried a Portuguese infanta named Berengaria (1191/1194-1221) who was renowned as a great beauty. In the 16th century many medieval folk ballads about the two queens were collected and published. They became very popular in Denmark, especially in the 19th century. The ballads talk about the saintly Dagmar in contrast to the haughty and proud Berengaria.

When the tomb of Queen Dagmar was opened in 1683, a beautiful jewelled Byzantine cross was found resting on her chest. A copy of this cross was made and given to Princess Alexandria by her father King Frederick VII. After this the Dagmar Cross became very popular to give as a gift to Danish girls for their confirmation. 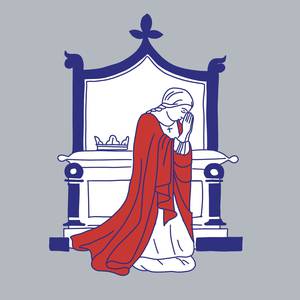 Tours that also include Dagmar, Queen