Assistenshuset or "The Royal Privileged Assistens-hus" was a pawnbroking establishment in Copenhagen.

The Copenhageners could borrow money here by pawning their belongings, which were estimated by a pawnbroker. If one owned anything of value this was a way of getting cash. If the belongings were not redeemed within a certain period of time they were auctioned.

In 1688, King Christian V issued a royal ordinance for the establishment of "Assistenshuset". Originally, it was a private initiative but was taken over by the state in 1753. From 1758, it was situated in Nybrogade, where you will find the present Ministry of Culture. Assistenshuset closed down in i 1975. 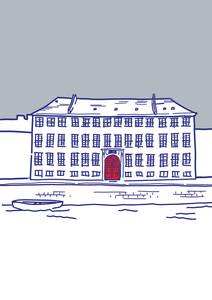 Tours that also include Assistens-hus, the Royal Privileged