Kierkegaard is considered to be the founding farther of existentialism as a philosophical term. Kierkegaard authored books on topics as theology, philosophy and psychology.

Many of Kierkegaard's literary works were published under different pseudonyms. He let the voices of the different publications "play against" each other, a method which led to him being considered one of the founders of existentialism. Simply put: He examined a question by viewing it from multiple angles.

By using the pseudonyms, Kierkegaard left it up to the individual reader to understand the thoughts posed, as it was not Kierkegaard himself, who was presenting the arguments.

Kierkegaard also published a series of religious theses using his own name.

The collected works of Søren Kierkegaard have been published as a collection comprising 55 volumes. 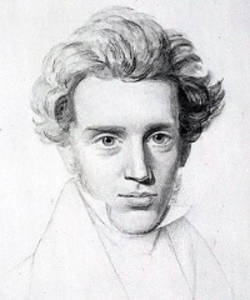 Tours that also include Kierkegaard, Søren