The Liberty Memorial is a monument sited in Copenhagen near Vesterport.

The statue was mounted in the same time period as The French Revolution - and at a time when the revolution was at its height.

The Liberty Memorial was also seen as a token of a symbolic victory for the Danish monarchy. For years, the monarchy in Denmark had been regarded as a reformist and enlightened rule. This was also illustrated by the famous painter C.W. Eckersberg in a painting from 1839, where the King is featured as he welcomes happy and thankful peasants.

The Liberty Memorial has a tremendous symbolic value, and it has been the main commemorative place to visit, when Agricultural reforms were to be celebrated. 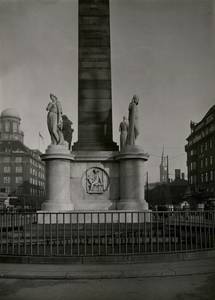 Tours that also include Liberty Memorial