The Churchill Group was a Danish resistance group. It was active from 1941 to 1942 in the area near Aalborg. The group spawned an offshoot in Brønderslev.

The Churchill Group was founded by a group of young boys aged 14 to 17, all of whom attended the Aalborg Cathedral School. The boys wanted to protest against the Danish cooperation policy and to be active in the resistance against the German Occupation Force.

In the beginning, the group activities can be categorised as childish pranks and vandalism, and mostly centered on damaging cars and signs belonging to the German troops or to Danish collaborators. The group's activities became more serious later on as they turned to distributing homemade flyers with anti-German messages, as well as setting fire to German train carriages. The groups also became adept at stealing weapons from German soldiers, who often left their jackets unattended when they visited the local pastryshops.

The Churchill Group wished to form additional smaller groups in other cities. They succeded in starting a group in Brønderslev, where three young men aged between 20 and 26 formed a subgroup, and proceeded to commit sabotage against the German occupation force.

Shortly before the Churchill Group was arrested, it consisted of ca. 20 members, and had a stockpile of German weapons. The Danish police made the arrests on 8 May 1942.

Most of the group members served their time in a state prison in Nyborg under relaxed conditions, which amongst other provisions allowed them to finish their education while incarcerated. 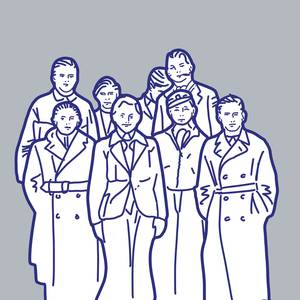 Tours that also include Churchill Group, the