Denmark was a colonial power for 300 years, in the period of 1620-1920. The Danish colonies were located in India, Africa and America.

The European colonization began with Columbus’ rediscovery of America in 1492 - mentioned as a rediscovery because America had already been discovered by the indigenous Americans - and the discovery of the direct sea-route to India in 1498. In the beginning of the 1600s, the Danish king decided that Denmark should create their own colonies. In 1618, king Christian IV sent an expedition to India, where the colony of Tranquebar was founded.

Later, an expedition was also sent to Africa. Here the colony called the Gold Coast was established as an important link to the Danish Slave trade.

The Danish West Indies were founded as colonies in 1672. It consisted of the islands St. Thomas, St. Jan and St. Croix. The West Indies ensured access to sugar, coffee and tobacco, which were very desirable luxury products.

Tranquebar was sold to England in 1845, and in 1850 they also bought the Gold Coast. The Danish West Indies were sold to the USA in 1917 for 25 million dollars. 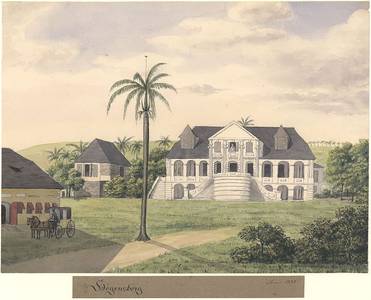 Tours that also include Danish West Indies, the