Valdemar (1170-1241) was born in Ribe. He was the second son of King Valdemar the Great and Sofia of Minsk. Valdemar succeeded his brother Knud VI on the Danish throne when Knud suddenly died at the age of 40.

Valdemar was married in 1205 to Dagmar, Princess of Bohemia, better known as Queen Dagmar. They had one son together, Valdemar the Younger. Dagmar died in 1212 while giving birth to another son. Neither one survived.

Valdemar's second marriage was to the Portuguese princess Berengaria and began in 1214. Berengaria bore him four children: Eric, Sofie, Abel and Christopher. All Valdemar's sons with Berengaria became kings.

Valdemar was King of Denmark at a time when the country had been the greatest power in North Europa for many years. Many areas in Northern Germany had already at this time been incorporated into the Danish realm.

Even at the beginning of his reign, Valdemar exploited to his own benefit that his southern neighbour was at civil war. He continued to expand and subjugated Holstein, Ditmarsken, Lübeck and Hamburg. Up until the year of 1223, the Danes had won several battles and conquered the rest of the current North German Baltic areas and Estonia. Denmark was the master of conquered territory from the Elbe and the Wadden Sea in the west to Danzig in the east, and bordering the river Netze in present-day Poland to the south.

The most famous battles of Valdemar's reign took place during the crusade to Estonia in 1219. In the battle of Lyndanisse, it is said that the Danes won because Bishop Sunesen stretched his arms into the air and prayed to God for a Danish victory. Hereafter, God made Dannebrog fall from the sky and the Danes won the war. Dannebrog is the oldest national flag still in use in the world.

However, Valdemar's great success could not continue. In 1225, Valdemar and his eldest son was captured during a hunting trip on the island of Lyø in the southwest of Funen by Count Henik the Black. The Danes refused to accept any demands at first and instead, tried to free the King. They were not successful, since Count Henik managed to obstruct every military attempt to free the king. In 1227, after two years of imprisonment, Valdemar definitely renounce his claim to all of the conquered territories in the Northern part of Germany.

The last 14 years of his life as King of Denmark, Valdemar focused on the domestic policy. He introduced feudalism in Denmark and upheld the Jutland Law shortly before his death the age of 70 on 27th of marts in 1241.

Valdemar was not known as "the victorious" until after his death, where the nickname was given to acknowledge his many conquests. 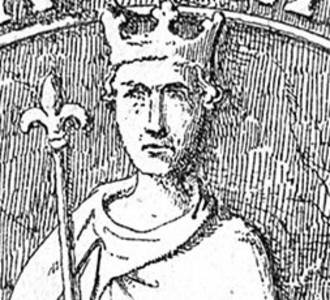 Tours that also include Valdemar the Victorious