In Nordic mythology, Valhal is the name of Odins residence in Asgard. It is a common misconception that Valhalla is the real name. Valhalla is the Anglo-Saxon version, and not the Danish. Valhalla was used as the name for a very popular Danish cartoon.

In Odins home Valhal also live the Einherjar, fallen warriors and heroes in battle. They are tended to by the beautiful Valkyries. The name "Valhal" means the "home of the fallen".

According to mythology, Valhal is a giant residence with 540 gates, each gate large enough for 800 men to walk through shoulder to shoulder at the same time. The roof is covered with golden shields and the walls consist of vertically planted spears.

As a fun exercise historians have tried to calculate the exact size of Valhal, based on available information, and they have reached the conclusion that Valhal is roughly equal in size to the Danish island of Lolland. Lolland covers approximately 306.657 acres.

In Valhal they eat the flesh of the pig Særimner (Saerimner). The pig is reborn every day. The also drink mead.

Odin is the king of the gods and an As. The gods worst enemies are the Jotuns from Utgard. 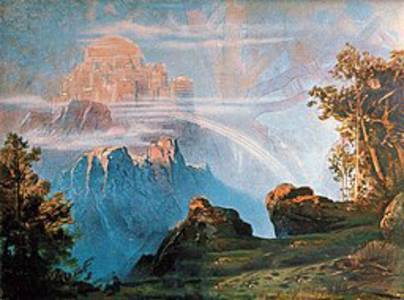 Tours that also include Valhal