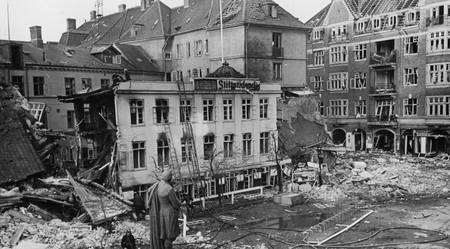 The liberation from Nazi Germany in Odense was a dramatic event. Join us on a guided tour by bicycle to places of significance. For example Flakhaven, Eventyrhaven and the barracks on Sdr. Boulevard.

The 4th of May 1945, the BBC broadcast the famous words stating that Nazi German forces in Denmark had capitulated. This euphoric rush, however, was marked by confusion and dramatic events that cost several lives, both among the citizenry, the occupation forces and their Danish collaborators.

We'll take a ride by monuments and places of importance as I tell you about their dramatic history along the way.